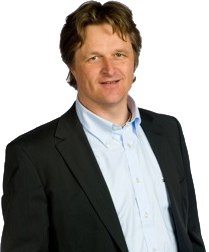 Probably the single biggest discovery I made was that you can develop and grow your visionary self. Until I had given it more thought, I was under the impression, like most people, that a powerful vision is a God-given talent, something for the larger-than-life. That’s often our first intuition. But with the development framework I propose, and the specific practices for each dimension, anyone can grow their visionary capacity to significantly higher levels. And if we agree that vision is a critical element of leadership (as virtually all leadership scholars and guru’s do), we benefit from taking a developmental perspective instead or a born-with-or-not view.

Based on my observations (and testing done with hundreds of senior leaders, whom I work with on vision, strategy, and leadership), there are two critical developmental dimensions for growing your visionary capacity:

The two dimensions are key. They are also independent of one another. Seeing change early is about spotting isolated signals of change on the horizon while connecting the dots is about integrating the larger context, the so-called big picture. Therefore, each dimension warrants its own practices. The fact that they are so different and independent allows us to portray them in a two-by-two (2x2) matrix, and bring out the archetypes of the 4 quadrant that emerge: 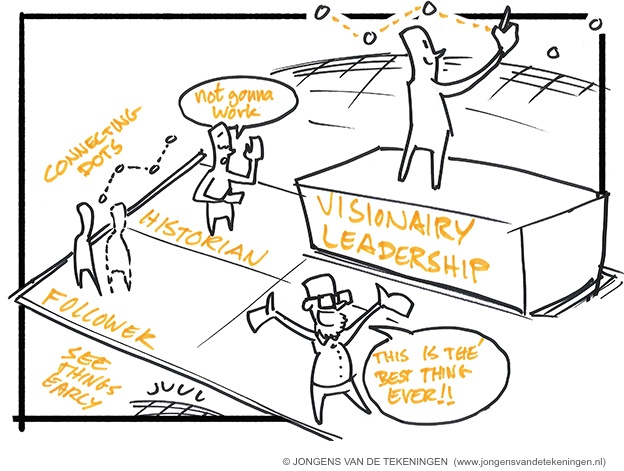